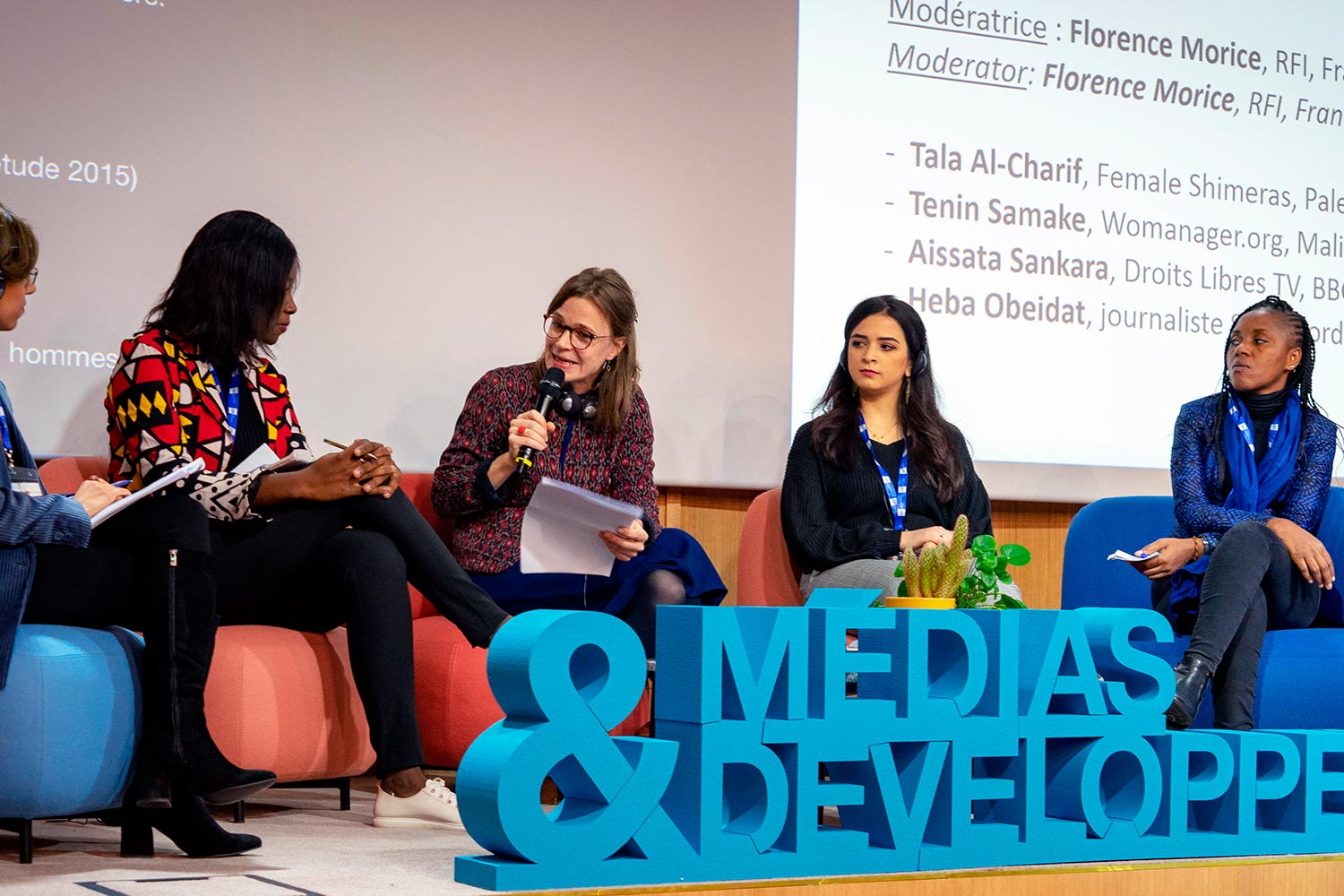 2019 will have been a very special year for CFI as it marked the 30th anniversary of our agency.

30 years is not that long, and yet, at the same time, it is. It is long enough to have lived several lives. Our agency began life as a television channel, before shifting to become a media development agency in 2011, which was then followed by another major step in 2017, when we became part of the France Médias Monde Group (FMM). The activities we carried out in 2019 show just how important and relevant these two changes were. With continuous support from the French Ministry of Europe and Foreign Affairs and our parent company FMM, CFI is proud to now be contributing to development for the media and also, given our DNA, to be contributing to development through the media.

We are, in effect, trying to support the media, which, like us, believe that they have a responsibility, or at the very least an active role to play, as levers of change, as levers of development and as upholders of values. We also believe in the importance and wealth of sharing, of dialogue and of interaction between the media and their ecosystems, even if this is not always easy and sometimes even dangerous, as we sadly experienced with the arrest of Beninese journalist Ignace Sossou in December 2019.

Pursuing projects carried out in partnership with France Médias Monde

In 2019, CFI ran almost 30 projects for 5,500 beneficiaries, which represents a 20% increase on 2018. These projects allow the agency to implement a large number of activities to strengthen the media and improve the quality and diversity of information.

Many of these projects were organised in partnership with the media outlets of the France Médias Monde Group. MediaSahel is just one example of this: funded by the French Development Agency (AFD), this project aims to increase the involvement of young people from the Sahel region in public debate. Spanning four years, it sets out in particular to strengthen the media through a series of practical training courses run by CFI and the production of educational and informative content aimed at young citizens, offered by RFI.

2019 also saw the agency launch “MediaLab”, thanks to an exceptional grant awarded by the French Ministry of Europe and Foreign Affairs, as part of the French-speaking and multilingualism plan. Four projects under this MediaLab label promote the development of innovative content in the Arab world, in particular content covering health and environmental matters. This initiative will benefit several dozens of media outlets and hundreds of journalists, both French and Arabic-speaking, from the Arab world.

And lastly, how can we not spare a thought for the courage shown by the Yemeni journalists who came to Amman to participate in training as part of the “Yemeni Media Emergency Response” project funded by the European Union (YMER+), which aimed to increase the circulation of humanitarian information in Yemen. They returned home a little stronger, equipped with the knowledge and skills that we were able to provide them. They will certainly have been one of our greatest sources of pride in 2019.

In the face of ever-changing media landscapes that are becoming more informal, more fragmented, more open and digital, the Media and Development Forum, which concluded 2019 in Paris, was a great event for exchange and sharing that gave attendees the opportunity to get to know each other and reflect together on common problems: promoting gender equality, the impact of our actions, issues surrounding the fight against false information, media and the environment, economic viability, satire, etc. This intense yet welcoming event brought together 130 media outlets and “influencers” who have benefited from our projects and who are helping to push the boundaries in the countries where they live. They came to discuss and share their experiences, and to celebrate the agency’s 30th anniversary.

However, for many of us, 2019 will sadly remain the year that saw the sentencing of journalist Ignace Sossou. Working long term to develop the media in a particular country also involves exposing yourself to its political or social vagaries, which sometimes cause sudden crisis situations. In 2019, we witnessed the full force of such a situation in Benin. While a seminar aimed at combating fake news was being held in Cotonou, journalist Ignace Sossou, from the Bénin Web TV media outlet, was being sentenced to 18 months in prison and a fine of 250,000 CFA francs for harassment via electronic means of communication, after having shared statements made by a prosecutor during the event. This shocking and unjust sentence underlines how difficult it can be to foster dialogue between authorities, the media and citizens, with the aim of increasing mutual understanding. This crisis forced our agency to reaffirm the fundamental values that guide us in our activities and in our interactions with our partners, to equip ourselves with new tools and a number of safeguards to ensure that this situation does not happen again. CFI will come through this stronger, in the long term, although the imprisonment of Ignace Sossou will loom over us like a shadow for as long as he is detained.

CFI has put gender equality at the heart of its activities, given the fundamental role played by the media in spreading values and representing identities. To support these efforts, in September 2019, the agency developed a gender strategy and began pursuing a proactive policy both internally and in the way it manages its projects and communications. With this strategy, the agency has set itself the objective of rolling out an ambitious and proactive policy in terms of professional equality between its employees and of making gender an ardent priority when implementing all of its initiatives, thus fulfilling the aim pursued by France to promote equality between men and women.

Safety for people on business trips and information security are further major concerns for CFI. Working in the field, in ever more sensitive settings, has become difficult, in particular given the increasing insecurity in our priority action regions, specifically the Sahel and the Levant. To tackle this growing difficulty, the agency adopted a more robust security policy in 2019, aligned to the policy of the France Médias Monde Group, so as to guarantee the security of both its workers and its beneficiaries. 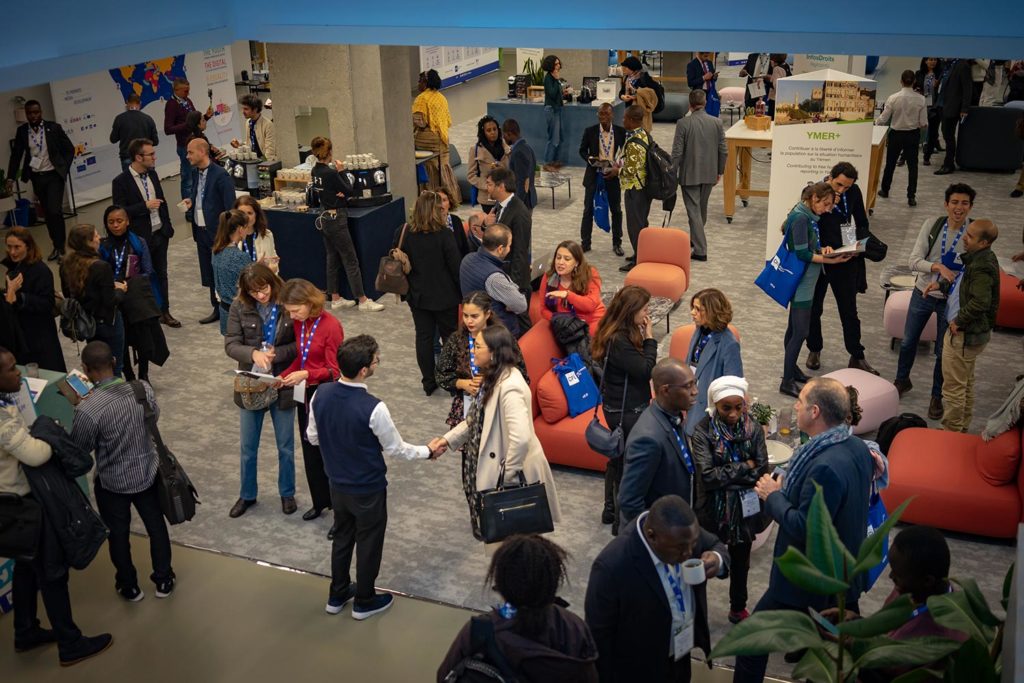